No friend in the world is as faithful and affectionate as a dog.

Just ask 25-year-old Byron, who wouldn’t be alive today if it weren’t for his four-legged friend, Geo.

Byron, from Gloucester, England, fell into a serious depression after a relationship ended. He hit the bottle to suppress his pain and silence his demons.

Then after several months of hard drinking, Byron made a noose and wrote a farewell letter to his family.

He decided he didn’t want to live anymore and was ready to commit suicide.

However, there was someone in the house who refused to stand by and watch his best friend say goodbye.

Twenty-five-year-old Byron Taylor felt like he had hit rock bottom, and he saw no way out.

One day, while completely drunk, he made a noose. Then, he went downstairs to write a farewell letter to his family, according to the Daily Mail.

But when he came back upstairs, Byron saw that his dog, Geo, had something in his mouth.

Geo, a six-year-old Welsh bullmastiff, had taken the noose while Byron was downstairs. And when Byron tried to get the rope back, Geo refused to give it up. 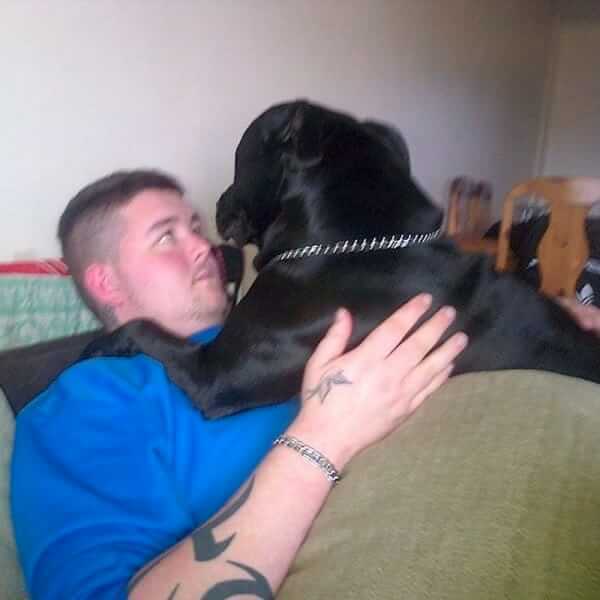 At first, Byron thought Geo just wanted to play. But he soon realized that the dog was serious. Geo had somehow sensed what Byron was going to do and gnarled his teeth like he’d bite Byron if he tried to wrestle the rope from his mouth.

And when Geo finally let the rope go, it was in tatters.

Today, Byron says he wouldn’t be alive today if it weren’t for Geo.

“In a way, I think Geo knew what I was going to do. They have a sixth sense about this kind of thing. He knew something was up,” says Byron. 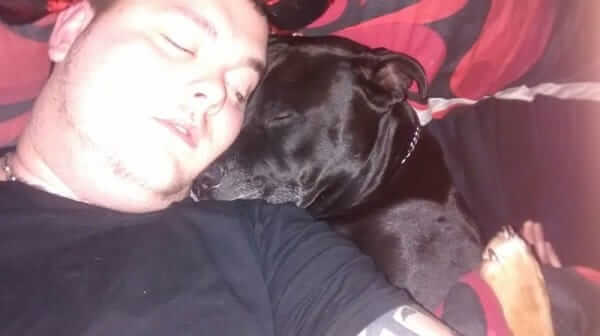 Geo’s quick action was enough to stop Byron’s plan and put him in a different mood.

Byron started working hard to cope with his depression, but a few years later, he was hit with another hard blow.

Geo was diagnosed with an aggressive tumor and was given only days to live.

Byron started a fun online to pay for Geo’s medical treatment, but unfortunately, the veterinarians couldn’t do anything to save the dog. 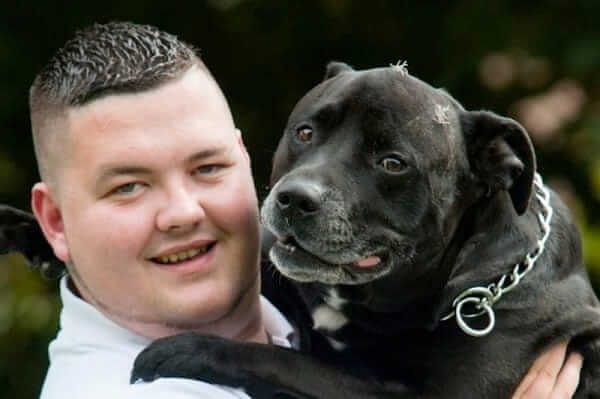 Byron decided to do everything in his power to help Geo live his last days to the fullest.

Now that his best friend has passed, he’s eternally grateful to him for giving him the greatest gift possible… the gift of life!