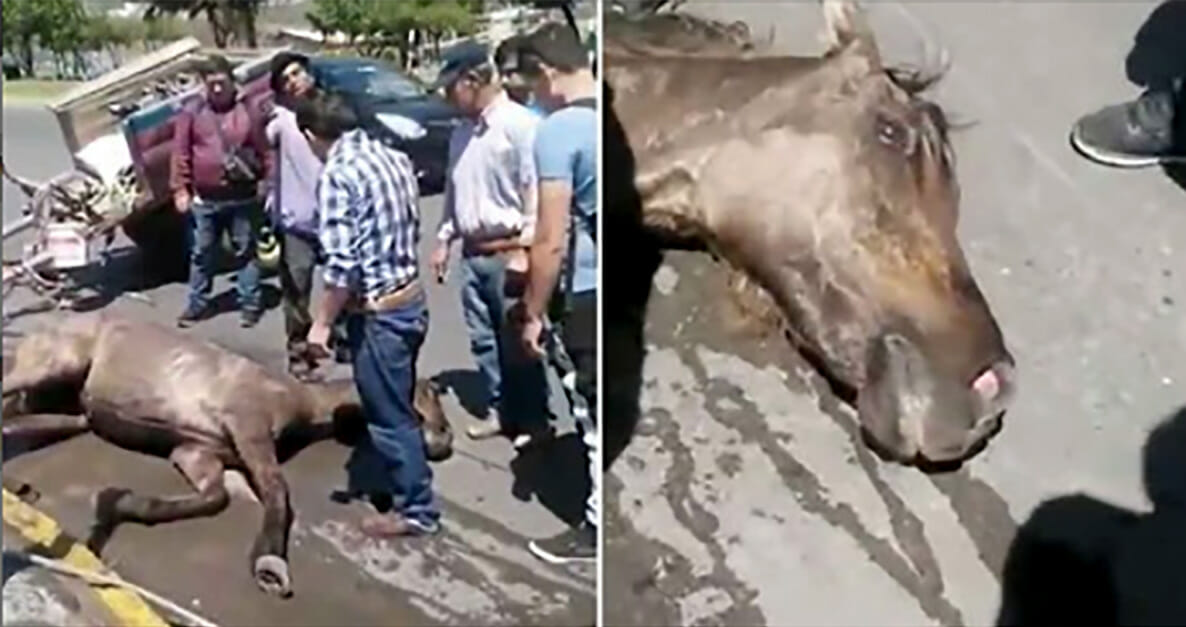 Unfortunately too many times we hear of cases where animals are mistreated in different ways. It’s something that is happening all over the world.

This particular case happened in Chile where a horse fell to the ground. It was exhausted and out of breath after being forced to pull a heavy cart in extreme heat.

Those that witnessed this heartbreaking scene were angered that his owner didn’t do more to help.

This incident was caught on camera and posted on Facebook where it immediately went viral and attracted thousands of angry comments.

The horse is on the ground with his heavy cart behind him. He’s breathing rapidly and his eyes are wide open as though he is in a state of shock.

A crowd starts to gather around the horse either not knowing how to help or refusing to help. In the video below you can hear a woman shouting at the horse’s owner.

Somebody has thrown water over the horse in an attempt to cool him down, but he remains on the ground, exhausted; it looks like he hasn’t been fed well either judging by its size.

Unfortunately, it is unknown if the horse got the help it needed, or it’s had to continue living the hard life.

But I hope this incident has served as some kind of warning to this owner.  Animals deserve to be treated with respect. Share if you agree.