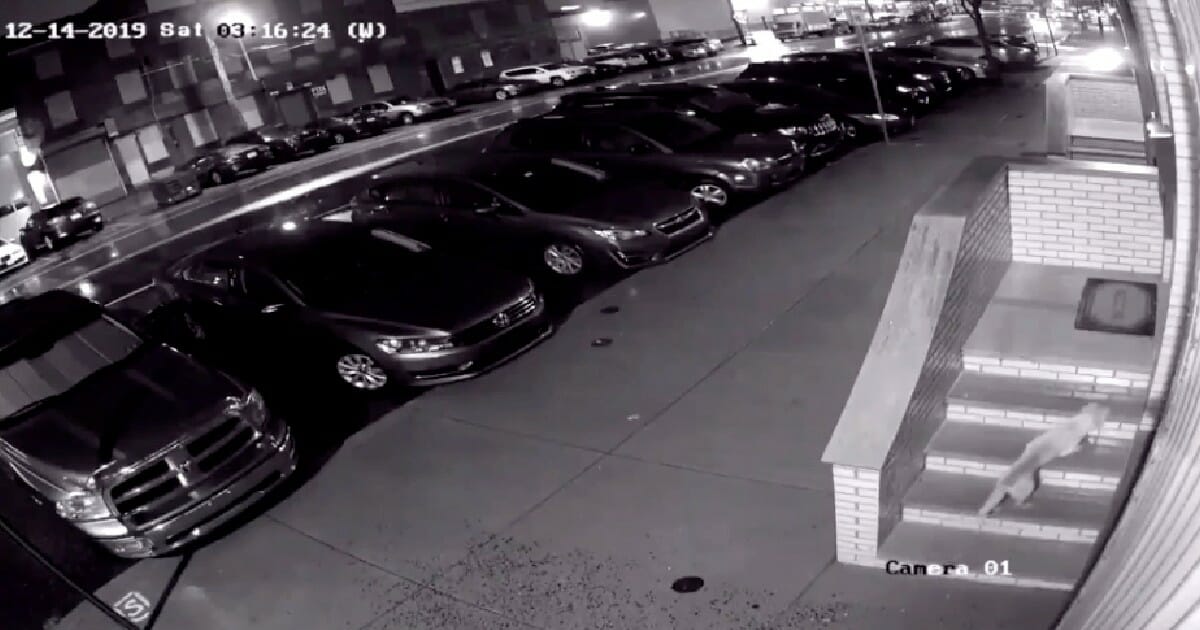 It was cold, windy, and the middle of the night when a malnourished dog found an open door and limped inside. She really only needed a temporary place to stay, but little did she know that she had just wandered into her forever home.

A security camera outside Jack Jokinen’s home in the Fishtown neighborhood in Philadelphia captured the moment.

Around 3:15 a.m. the camera showed a dog limping along the sidewalk. She walked past Jokinen’s home before she climbed the steps and casually walked in the front door, which was open.

In a series of tweets, Jokinen wrote that a neighbor saw his wide open front door and closed it for him.

Jokinen said his wife woke him up and assured him their one-month-old baby and dog, George, were ok, but there was a puppy in their home.

In the morning, Jokinen contacted animal control. He was told he could bring the dog in and surrender her. Jokinen decided to take her to the vet instead.

They learned the dog had a host of issues, but were willing to take the nine-year-old dog in and “give her a dignified end of her life.”

So far it seems as though everyone in the family has welcomed the dog, named Suzy, and she appears more than grateful that Jokinen opened his home to her.

This is such a sweet story! Thank you Jack for taking Suzy in and giving her all the love she deserves.