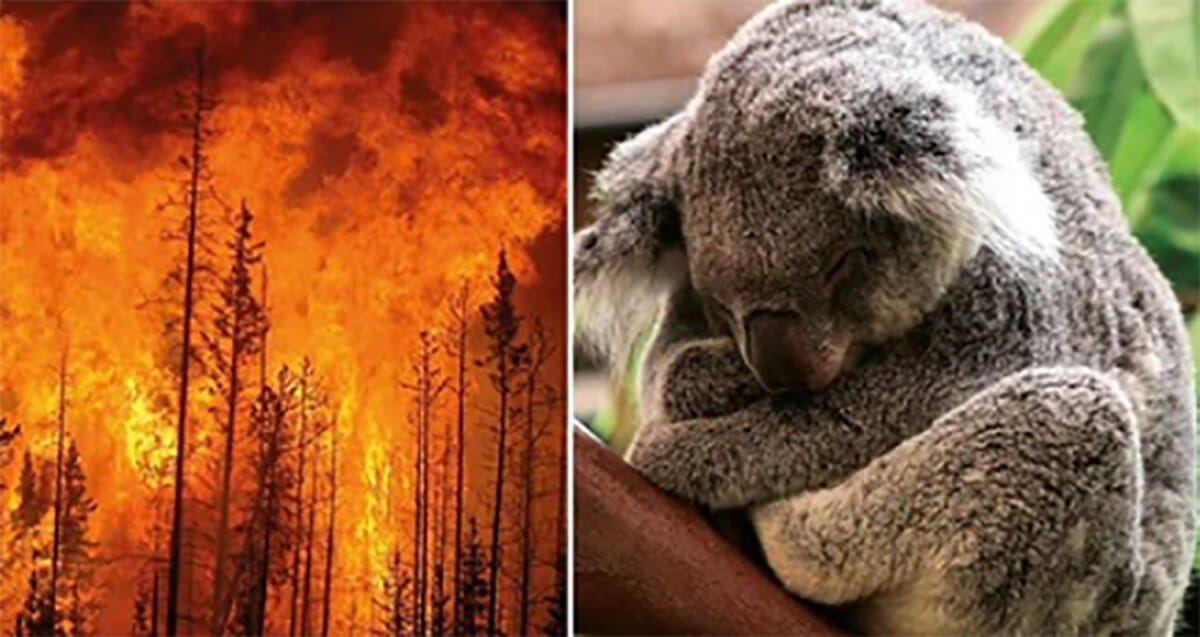 The devastating bushfires that are raging through New South Wales, in Australia have left 6 people dead and destroyed over 500 homes.

In some parts of New South Wales residents have been told to flee their homes as around 50 fires rage through the area with only just over half contained.

For the animals living in this wilderness they don’t have the option to flee and as a result up to 350 koalas may have died, according to News.com.au in Australia.

As fires raged through the Port Macquarie region, it hit the state’s biggest koala populations. The blaze devastated the Lake Innes Nature Reserve, which was home to a colony of up to 600 koalas, according to News.com.au.

“We think most of the animals were incinerated — it’s like a cremation,” Koala Conservation Australia president Sue Ashton told The Sydney Morning Herald.

“They have been burnt to ashes in the trees.”

It is thought that only 16 koalas have been rescued and are being treated at the Koala Hospital in Port Macquarie.

Many koalas suffered burns on their feet and hands, as well as parts of their body.

The death toll for koalas is still expected to increase due to a lack of food available to these beautiful creatures so even if they do survive the fires they are expected to die of starvation.

The public is being asked to take injured wildlife to the hospital.

Australian Koala Foundation chair Deborah Tabart OAM told news.com.au: “We think there’s no more than 16-18,000 koalas in the whole of New South Wales … so to lose a population of that size in a stronghold is disastrous.”

A GoFundMe page set up to help the struggling koalas has already exceeded it’s goal and raised over $800,000.

Please share this story so more people know about the horror these animals and all the residents in this area are experiencing.