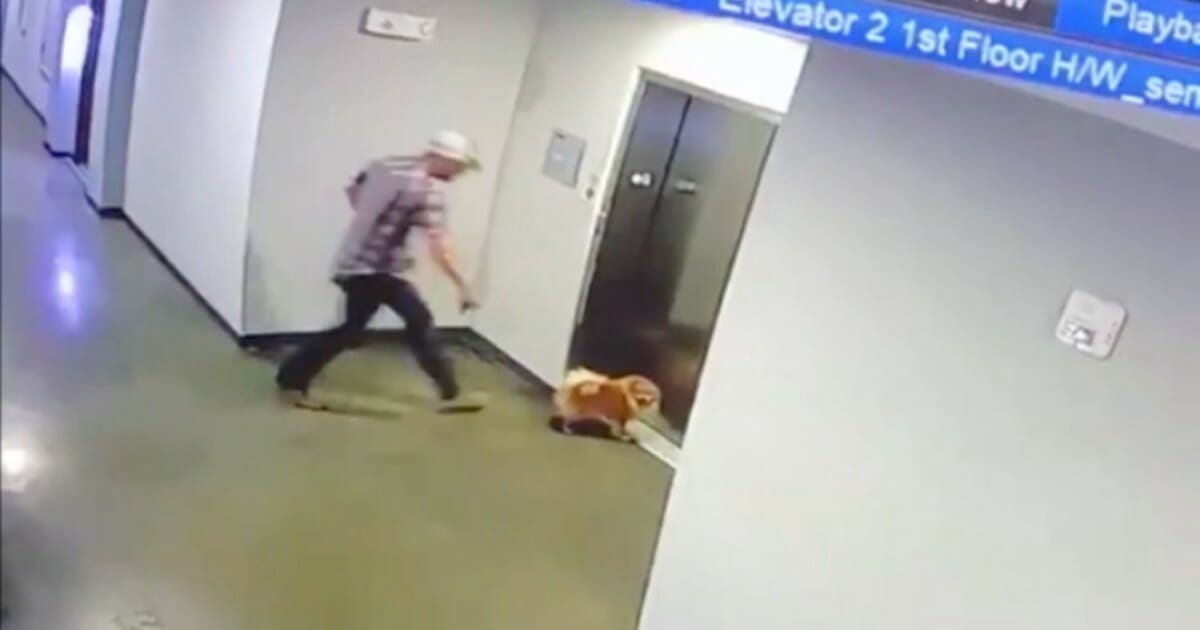 Retractable leashes are great because they allow your dog to wander without getting too far away, however there are some cons that come with very serious consequences.

Johnny Mathis had just returned to his home in Houston, Texas when he crossed paths with a cute dog in his apartment complex. As the dog and its owner stepped into the elevator he continued to watch the little Pomeranian.

And it was a good thing because the woman got on the elevator, but the dog did not.

“Instinct just kicked in, I just grabbed that leash,” the 27-year-old told CNN. “There was so much fur, that’s why it took me a bit to get that lever off of the collar and when I did, I let go, you could see that leash just shoot off to the top of the elevator.”

As soon as the elevator doors closed, Mathis rushed over to the dog and quickly worked to detach the dog from its leash.

While he worked to free the dog, he told CNN that he could hear the dog’s owner screaming in the elevator.

Mathis was able to free the dog and as soon as he did the leash shot up to the top of the elevator doors. He banged on the doors in an attempt to let the dog’s owner know the dog was ok.

The owner eventually returned and through tears she expressed her gratitude.

“She thought the worse, that the dog had died,” he said. “I think she just said ‘thank you’ and we hugged but she was just so overcome with emotion.”

Mathis shared security footage of the incident on Twitter where it quickly went viral. Another Twitter user shared that they too rescued a dog in a similar manner.

I HAVE TO SAVED A LIFE pic.twitter.com/iXRYKqwh7u

Share this so others will pay more attention when they take their pets into elevators.