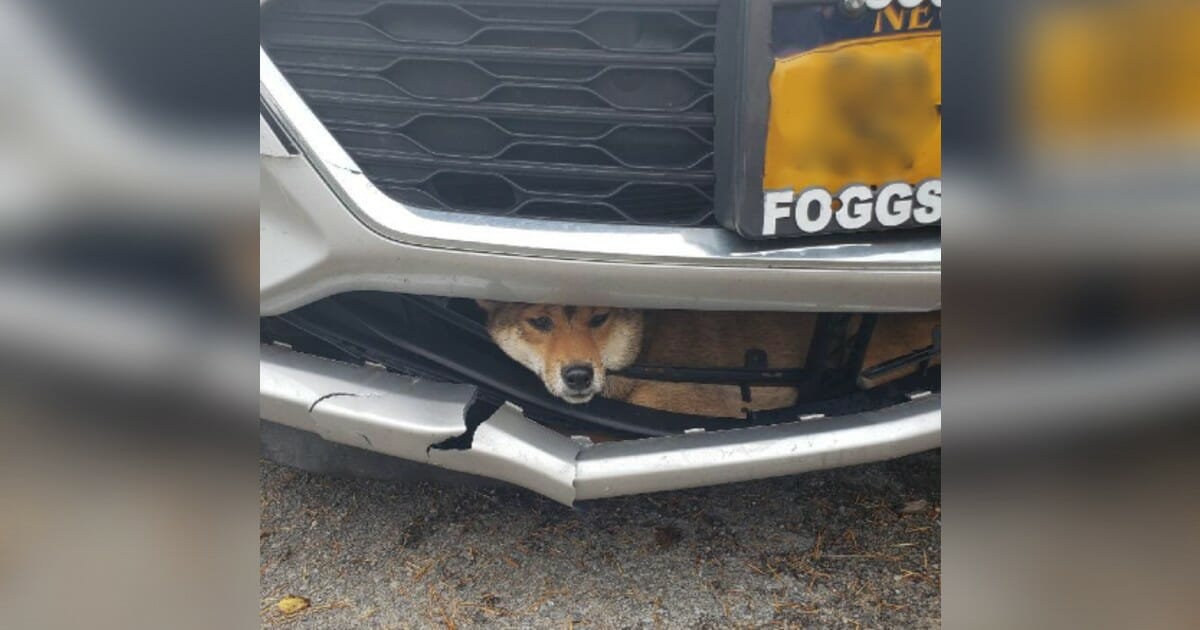 Coco, a Shiba Inu, is lucky to be alive. The dog, who was visiting New York from North Carolina when the three-year-old dog ran out into the middle of the street in Schenectady, near Albany.

Coco was hit by a passing car, and the driver had no idea until nearly an hour later.

According to police, the unidentified driver saw what they thought was either a ball or animal come into the road and struck it. She stopped to check her vehicle and noticed the damage, but didn’t see anything else.

The driver was unaware Coco “had been embedded almost into the front grill or front scoop of the car.”

When she stopped she spotted Coco wedged in the bumper of her car. She called police for help.

“It was like the perfect fit. She fit perfectly in that bumper and came out alive and it’s shocking to us. Working with the animals all these years, it’s shocking. She’s very lucky,” Noella LaFreniere of Hernas Veterinary Clinic, where Coco is currently being treated, told WYNT.

The Shiba Inu didn’t make it out unscathed though, Coco will potentially have to undergo several expensive surgeries to repair a broken elbow. The clinic is currently accepting donations from anyone who wishes to assist with Coco’s recovery, and they plan to set up a GoFundMe soon.